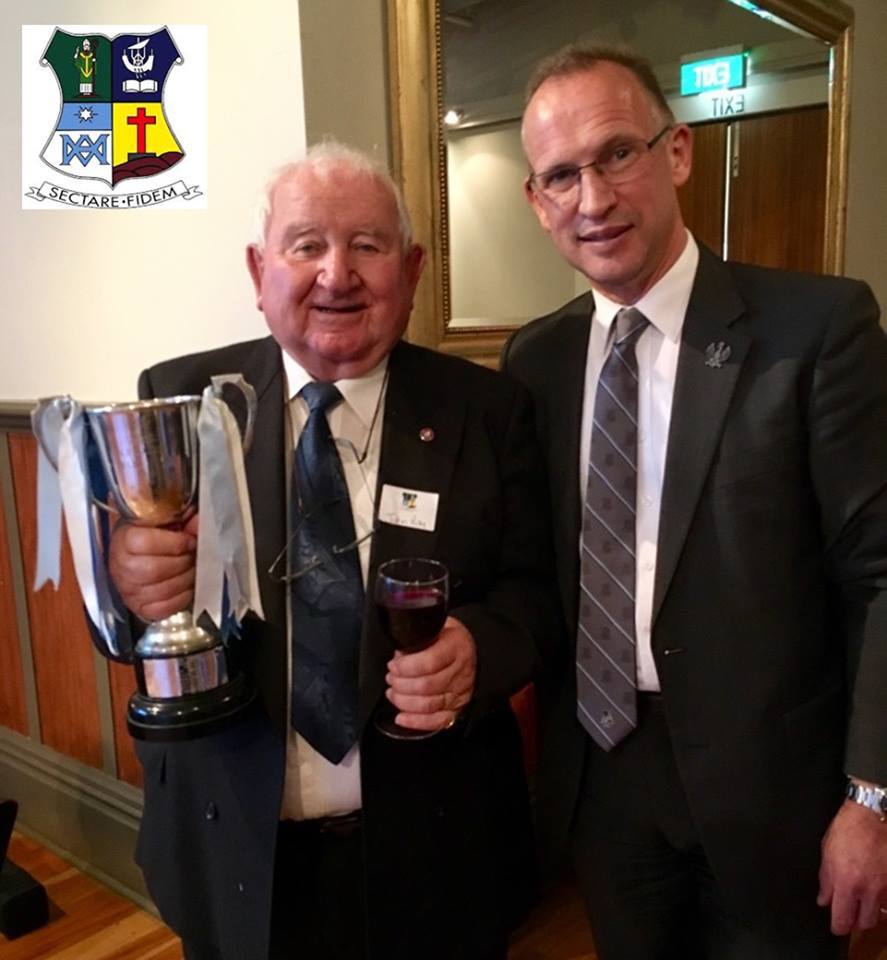 The world of 2018 is in many respects, not dissimilar to the world of 80 years ago. While over that period of time we have experienced the triumph of technology, (among other achievements of society); people have not fundamentally changed.

The nationalistic fervour which characterises many countries and their attitudes to social issues today, is in many ways similar to how the world was in 1940.

In December 1939, the then Soviet Government issued a decree to deport Polish citizens from Western Belarus and Western Ukraine (which were then part of Poland), to special labour camps in Siberia, where they would be employed in clearing forests, road construction, and mining.

They were Polish. They were Roman Catholic. They were landowners. And they had decisively defeated invading Bolshevik forces nearly two decades earlier. Religion and race. Faith and nationality. Hatred and violence.

In 2018, in different parts of the world, there are familiar echoes of past times.

Those deported in January and February 1940 were woken by gun-wielding officials in the middle of the night without warning, in the fiercest winter in living memory, and given two hours to leave their homes.

They were permitted to take clothing; underwear; shoes; bedding; table-settings; kitchen utensils; food for a month; small house-wares and items such as an axe, a shovel, a hammer. While they were not able to take personal items relating to their family or identity, they were generously allowed to take an unlimited amount of money and valuables such as rings, watches and bracelets.

The rest of their possessions; their land, homes, livestock, and farm machinery, as well as their citizenship and history, was stolen from them, without compensation, by the Soviets.

Janek Wojciechowski was born in the village of Ostrówki, in eastern Poland. His family was part of a group of 387,932 Polish citizens (according to Soviet records), who were held in confinement or resettled into the Soviet interior subsequent to the 1939 Soviet invasion of Poland, as a result of their nationality, religion and political beliefs.

Some estimates suggest up to 1.7 million people were taken.

What followed was hardship, famine, sickness and in many cases, death.
When Joseph Stalin's bromance with Adolf Hitler ended in 1941, following the German invasion of Russia, the Polish deportees were granted a "so-called" amnesty from their life in the Soviet labour camps, with most Polish families heading to southern Russia where the Polish army was being reformed.

The authorities often impeded the release of the deportees from their various places of confinement and absolved themselves from assisting them in any way whatsoever upon their release. This utter lack of concern brought about a crisis of unimaginable proportions. Without food, medicine or the basic necessities of life, the journey proved fatal for many.

During the two great evacuations of Polish deportees to Persia in 1942, which was the culmination of this exodus from Siberia, only about 115,000 people reached freedom, of whom about 18,300 were children.

In 1943, New Zealand's then Prime Minister, Peter Fraser invited a group of 733 orphan Polish children, to come to New Zealand from Persia, for the remainder of the war. Janek Wojciechowski was one of that group.

Following three years at the Polish Camp established in Pahiatua, in 1948, Jan arrived at St. Patrick's College, Silverstream as a Boarder, at the age of 12.

He was one of 29 Polish boys who were enrolled by the Polish authorities in either St. Patrick's College, Wellington or Silverstream, that year.

The Rector of the day at Silverstream, the venerable and benevolent Fr. Leo Evatt SM, noted in his report for 1948, "Education is a training for life. In so far as men live in community, it must be a training for citizenship - a training for a life of co-operation with one's fellowmen; for a life which accepts duties, burdens and obligations, as well as rights and privileges".

Without doubt, young Jan's ears were attuned to the wise words of the Rector, as his later life proved to be one in which he embraced the opportunities that New Zealand citizenship provided.
By his fourth year at College, he was top of the class in a number of subjects. In his fifth year, he was accredited University Entrance and by then had a reasonable command of the English language. Jan was a member of Silverstream's 2A Rugby Team, which won 7 of 11 games played in 1951. Like other deportees who arrived in New Zealand, he worked hard to master the English language. He went on to study accountancy and commerce at Victoria University and became a Member of the New Zealand Society of Chartered Accountants.

Worried that New Zealanders would find his name too hard to pronounce, he turned to the phone-book to anglicise it swapping "Jan" for John and settling on "Roy" as the shortest surname he could find.

John worked for Bowden, Bass & Cox, and a small accounting firm where he met his wife Valerie. He was offered a position with W&R Fletcher and then with GH Mooney & Co, where after four years, he became the Company Secretary. He joined the General Electric Company as its Financial Manager and one year later joined the Board as Financial Director. He later became the Managing Director for Charles Begg & Co.

Jan co-founded the construction company Mainzeal, employing 1,300 staff. The company also owned leather business Mair Astley. He became the Chief Executive of Mainzeal Group and Executive Chairman of Mair Astley. Mainzeal was in good shape with $32 million in the bank when Jan left the company in 1994.

He also helped build New Zealand-Polish relations by serving as Honorary Consul for Poland for 15 years and establishing the Polish Heritage Trust Museum.

Involved in sport, Rotary and the Church within his Howick community, John became Board Chairman for the Northern Region of the Life Education Trust, during which time he led fund-raising efforts to increase the number of mobile classrooms helping the charity reach 245,000 primary and intermediate school children.

For his work for New Zealand and New Zealanders, Jan was made a Member of the New Zealand Order of Merit in 2017, and in his visit to New Zealand earlier this year, the President of Poland, Andrez Duda awarded Jan the Order of Merit of the Republic of Poland, for outstanding contributions to the popularisation of Polish history and for his activities in promoting Polish culture.

New Zealand, like many others, is a nation of immigrants.

74 years ago, Jan Wojciechowski arrived in Wellington and created a new life for himself, while over his distinguished career he created many opportunities for others to improve theirs.

When presenting John with the Order of Merit of the Republic of Poland, President Duda said "as New Zealand citizens, you have made a great contribution to society". This evening, we also recognise that contribution, by awarding John the Felix Kane Cup as the Association's "Old Boy of the Year".